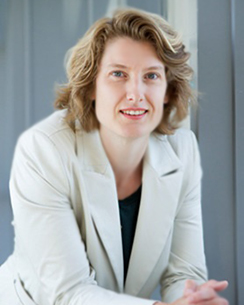 We humans are not as rational as we think we are. Rather, we are social creatures who want to belong to a group and use more mental shortcuts, such as rules of thumb, than we think or expect. Behavioural risk occurs when behavioural patterns contribute to the root causes of financial and non-financial risks in the organisation, such as ineffective collaboration between teams or taking insufficient ownership. Distrust between different departments can, for instance, result in pushy or even aggressive communication while an unsafe atmosphere can impact the extent to which departments challenge each other in making decisions. So, acting on behavioural risk in an organisation requires insight and understanding of why people behave the way they do.

According to Mirea Raaijmakers, Global Head of Behavioural Risk Management at ING we first must know what drives particular behaviour before we are able to change it: “Once we understand why people behave the way they do, we can find ways to encourage them to do things differently.”

Mirea Raaijmakers, Global Head Behavioural Risk Management at ING studied psychology and received her PhD in 2008. Mirea joined ING in 2017 and was appointed as Global Head Behavioural Risk on 1st of August 2018. Prior to ING she worked for the Dutch Central Bank (DNB) where she developed and executed the supervision on Behaviour & Culture. She was the first psychologist ever appointed by a central bank to use her specific skillset in supervision. Prior to DNB she worked as an organisational consultant at consultancy firms as well as the Dutch Tax and Customs Administration. Mirea’s core competences are understanding and influencing the behaviour of individuals, groups and organisations, especially during complex and large-scale changes. Mirea is the main architect of the supervision of Behaviour & Culture. Globally DNB’s supervision of Behaviour & Culture is known as one of the most successful post-financial crisis innovations in supervision. Next to the design and development of this new type of supervision Mirea has always been in the lead of executing behaviour & culture inspections. She understands from the inside why and how this innovation works.

Intelligent automation with a human touch How banking industry could…

How Has COVID-19 Shifted the Way Companies Interact With the Customers for Good?

Building a new customer-centric culture in a post pandemic reality…

Is Total Digitalisation an Ultimate Goal?

What are the most relevant assets of new banking products and…

A short article by Boglárka Keömley-Horváth, Compliance Expert at OTP…

What Do Customers of Today and Tomorrow Demand?

Think beyond banking: Innovate in a data-driven and customer-centric way…

A white paper by RAQUEST Finance is in the midst…

ESG Risk Factors and Their Integration Into the Risk Management Framework

A whitepaper by FCG ESG risk factors can be opportunities…

What Is Operational Resilience and How Can an Organization Become Operationally Resilient?

A whitepaper by FCG Operational Risk and Resilience goes hand…

Digital Banking Is the Traditional Banking of the Future

What can be leveraged today to offer flexibility and choice…

Allow Innovations to Take Your Processes to the New Level

Copyright Allan Lloyds Group 2022 - All Rights Reserved
Back To Top